This song was released at about the time that I decided to move forward with my case in 2016.  It has become my mantra.  Not my will, but His will.

Two years ago I was facilitating a meeting back in Minnesota over the weekend. It was at a beautiful Northwoods resort that was nice and cozy complete with roaring fire places.  I had the opportunity to meet with women in agriculture and talk with them about their value on their farms and communities. Trying to instill confidence in them that they truly do matter on their farms. Doing that facilitation was good therapy for me because it reminded me that I was of value too. I didn’t feel of value for a very long time. Being raped took that from me. That facilitation was a little glimmer of light.

Leading up to this weekend I knew that detective 3 was going to be trying to talk with the guy who assaulted me. He had been trying for a few weeks with no luck, so I wasn’t holding my breath. Detective 3 had to do some creative thinking to get the guy to meet with him, but he succeeded. I’m telling you, God had a hand in getting my case to detective 3. He cared and he wanted answers as much as I did.

After the facilitation with the women it was time for dinner and then for a fun group activity. I was having great conversations with the women and noticed that my phone was ringing. I saw that it was detective 3 and excused myself.

While walking out of the conference room I felt a combination of nausea, anxiety, grief & hope. My chest was so tight as I answered the phone, pacing in the lobby.

For the sake of ease and not messing up all the dialogue below, D=Detective 3 and J=Me

D -“Who’s your favorite detective?”
J – “Hmmm…Matlock I think.”
D – “Is Matlock even a detective? I thought he was a lawyer.”
J – “Okay, then Horatio Cane on CSI Miami. I like him.”
D – “You are messed up if you like him.”
J – “Are you my favorite detective?”
D – “I think I might be now. I got the guy to confess.”
J – “WHAT?!”
D – “Yep, I brought him in to talk with me at the station. We talked about something unrelated and then I pushed a photo of you across the table and asked if he knew you.”
J – “No way… what did he say?”
D – “His face fell immediately when he saw your photo. He knew exactly who you were. I asked him if he knew you and he said yes. After a little more pushing I was able to get him to talk. After about four tries at telling the truth, I think we got somewhere close to the truth.”

At this point, I’m speechless. I’m also trying not to start crying in the lobby of the resort as the women I was working with were passing by. Put on a smiling face and paced some more.

D – “He of course says that everything was consensual and that he thought you were having fun.”
J – “FUN???”, I screamed.
D – “I know. I know. He confirmed what you remember. He said that you were stumbling around on the sidewalk outside of his Persian rug store. He offered to help you and take you home. Do you remember any of that?”
J – “Nope”
D – “Well, he said that he tried taking you back to your place but the address that you gave him didn’t exist, so he decided to take you to his vacant condo. He didn’t know what to do with you.”

At that moment, my shame kicked into high gear. If I hadn’t been drunk, none of this would have happened. I’m such an idiot, I thought to myself. This is all my fault. He was trying to help me.

Detective 3 cut through my thoughts and said, “he knew you were very intoxicated but that you gave no signs of not wanting to do anything sexually.”

At this point I’m crying. No more keeping it in. I’m standing outside in below zero weather without a coat so people don’t see me.

J – “How can I consent when I’m blacked out?” I asked
D – “You can’t. He knew you were extremely intoxicated. He also said that you passed out on the bed and that you were basically dead.”
I’m speechless at this point.
D – “I told him that this has really messed you up and ruined your life. I asked him if he wanted to apologize to you and that maybe that would be enough for you to not press charges.”

D – “I have an apology letter from him that is basically a confession. Do you want me to read it to you?”
J – “No”
D – “He said that he would take a polygraph test and do blood tests, but told him that he didn’t have to do that. And, he never asked for a lawyer. So, I think we got what we need.”
J – “Is he sorry for the assault or sorry that he got caught?”
D – “Probably more of the getting caught.”

At this point I’m bursting with excitement because confessed, but I’m also extremely sad to be realizing that everything is true. This really happened.

J – “Now what?”
D – “Well, you continue on with your weekend and we’ll talk more when you get back to town. I wanted to let you know the good news so that you didn’t stew about it over the weekend. This is good news for you.”
J – “You are my absolute favorite detective ever!”
D – He laughed and said, “let’s get him booked and to trial before you say that. We’ve still got a lot of work to do.”
J – “I know, but you are my favorite regardless,” I replied.
D – “One last question, he has your apartment keys still. Do you want them back?”
J – “Hell no! Why does he still have them? That is creepy! What am I supposed to do with them now? My locks have been changed. F*ck him!”
D – “Got it. No to the keys.”

So, we hung up and I’m sure I looked like a deer in headlights. I went to gather my things from the conference room and told them I had a family emergency and had to go back to my cabin.

I called a friend right away and prayed that she would answer. I just couldn’t wrap my head around this yet. She answered the phone and I just started sobbing.

“He confessed! The @@@hole confessed to everything! He even wrote me an apology letter. Can you believe that? I knew I was right! I knew it!”

We both had a good cry and it was the first time in a year and a half that I felt a little pressure lifted. I wasn’t lying. I didn’t make this up. It wasn’t in my imagination.
I called my parents after that and had the same weeping discussion.
So many emotions; relief, shame, guilt, happiness, shame, guilt, shame, guilt…
Yeah, lots of shame and guilt even though there was a confession that I was indeed passed out.

So, that confession was the start of the next chapter. Do I press charges, or is the apology enough? Do I file a criminal case or a civil case or nothing at all?

I thought that making up my mind about moving forward would be pretty easy and straight forward. It was neither of these things. That’s a post for a later date. Let’s just say that this good news of the confession turned into my second worst nightmare of being involved in a trial. What wasn’t wrecked of me from the rape soon would be because of the stress of decisions and the trial.

Bottom line though, is that at the end of February, 2016 some progress was finally made. I had my first win in a long time. I finally felt some redemption.

On the Path To Resiliency

Welcome!  I’m glad that you have found your way to my blog where I write about coming back from setbacks in life.  Everyone has setbacks, but the key is to find resiliency to continue on in life.  I encourage you to come along for the journey and learn with me. 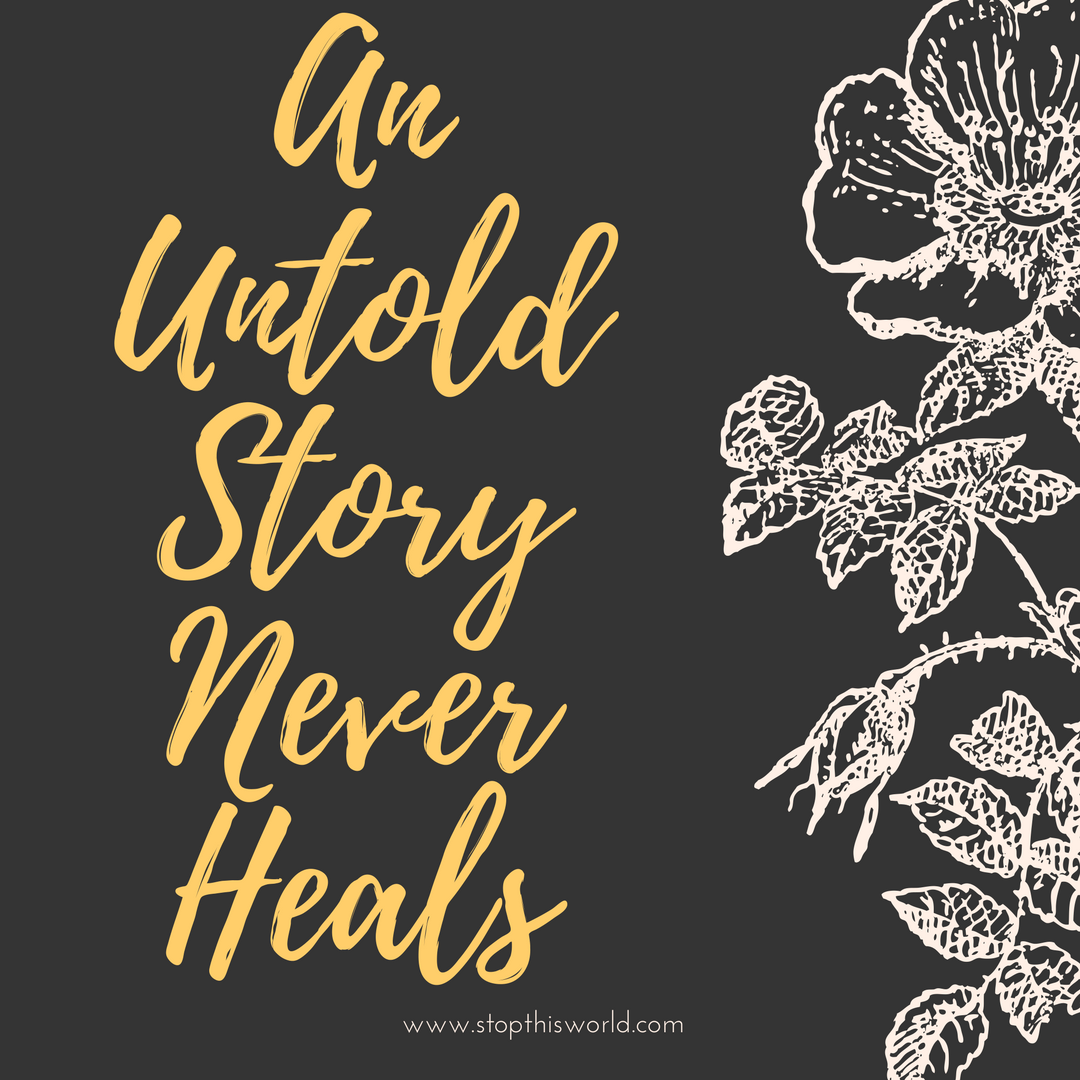 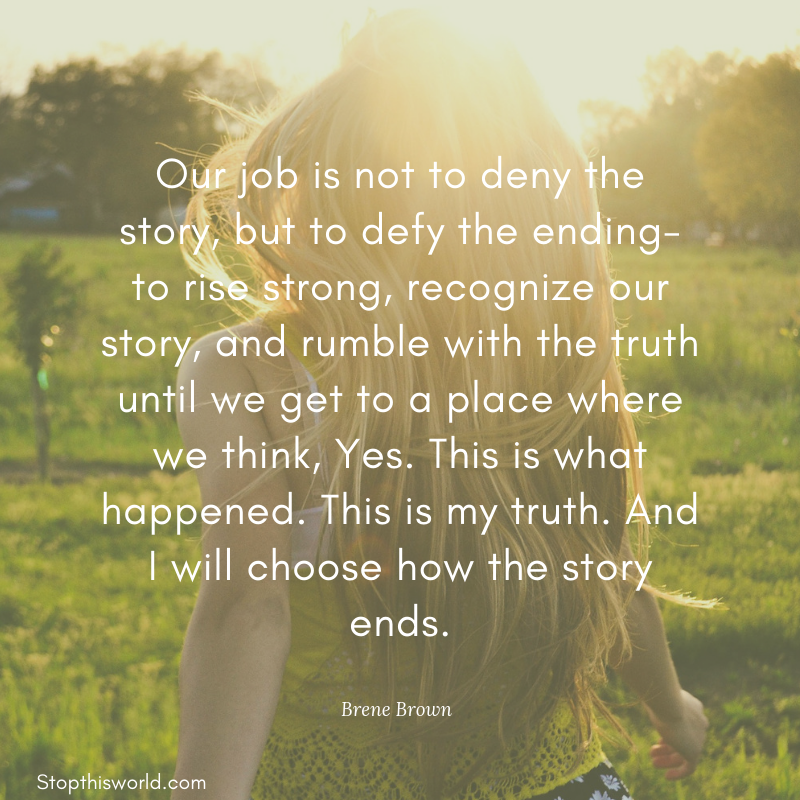 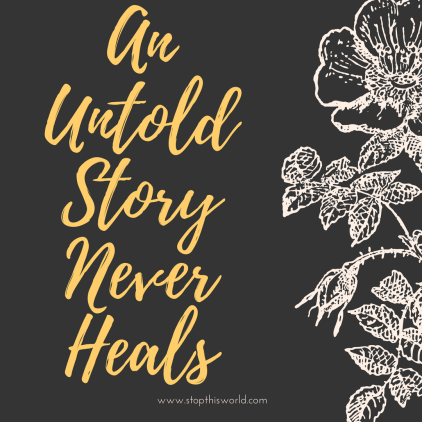 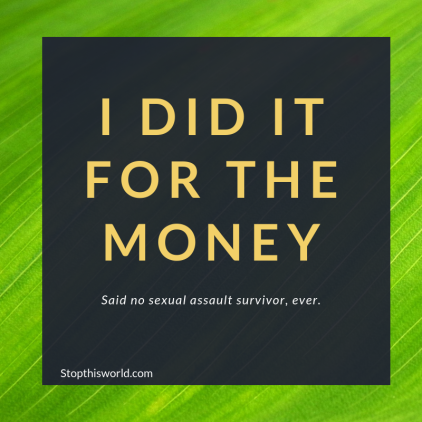 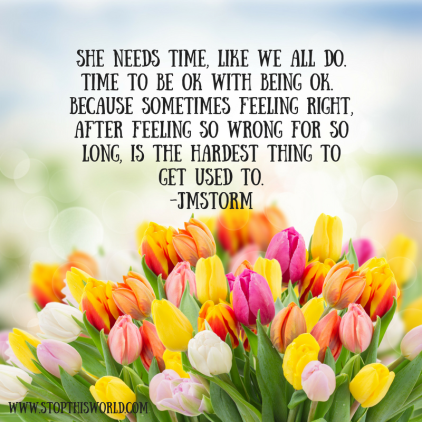 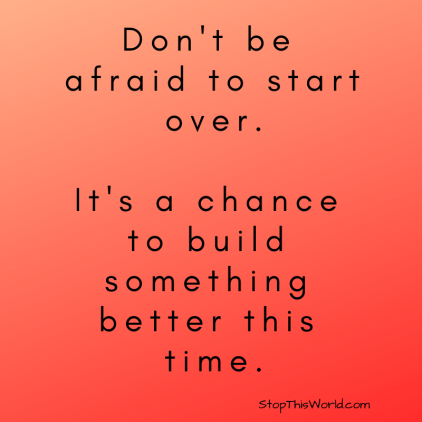 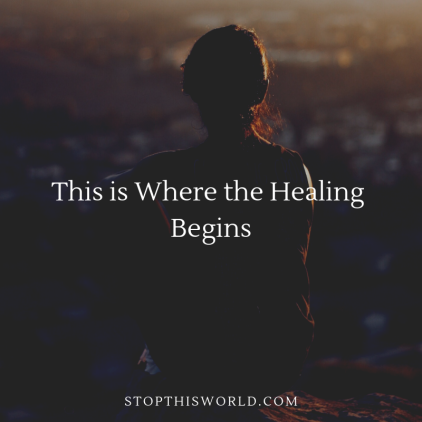 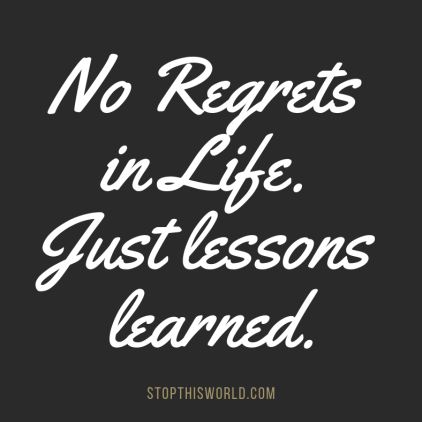 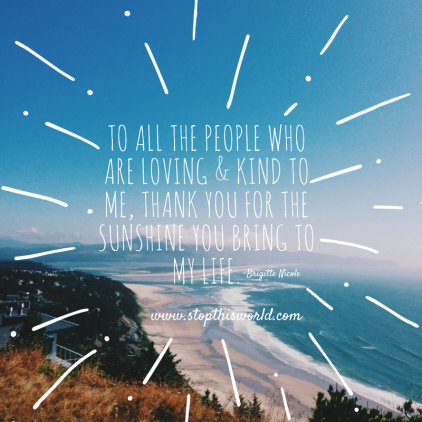 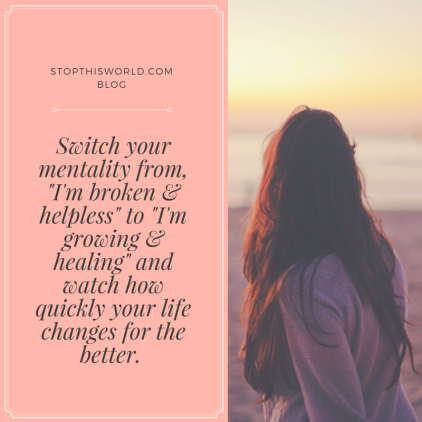 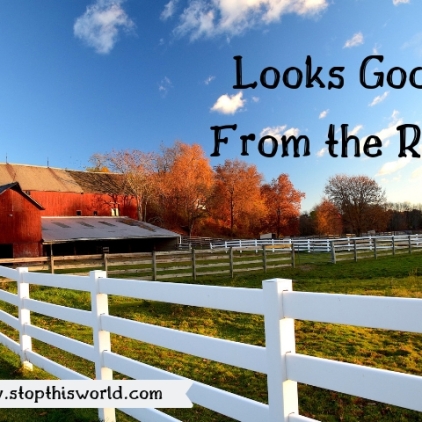 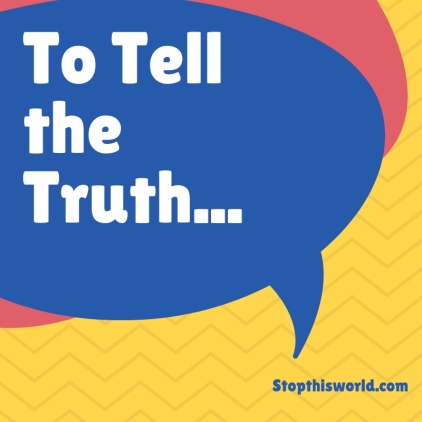 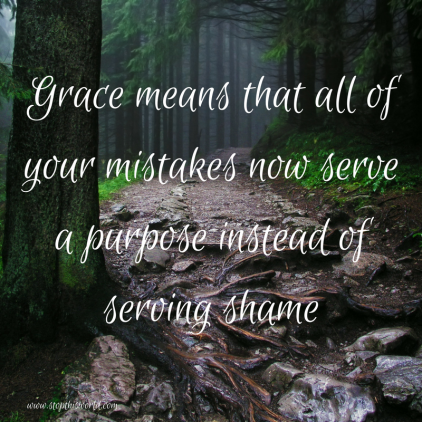 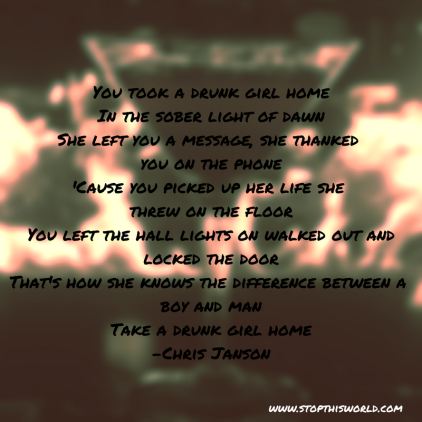 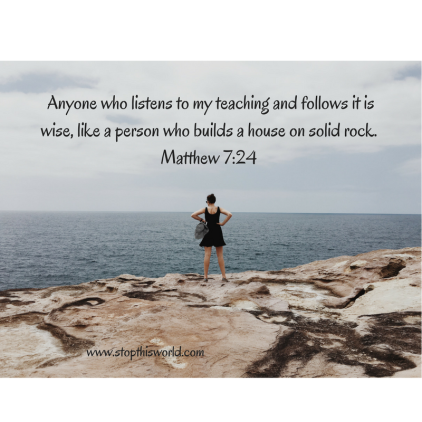 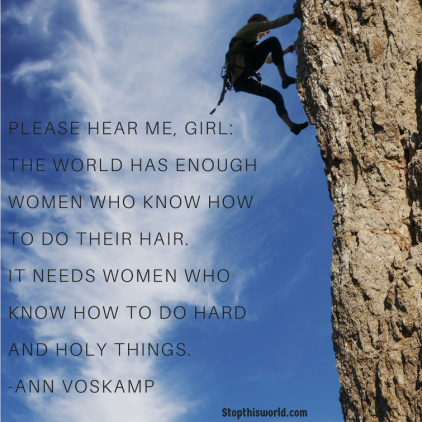 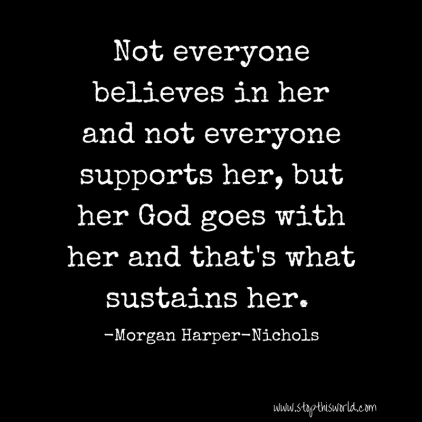 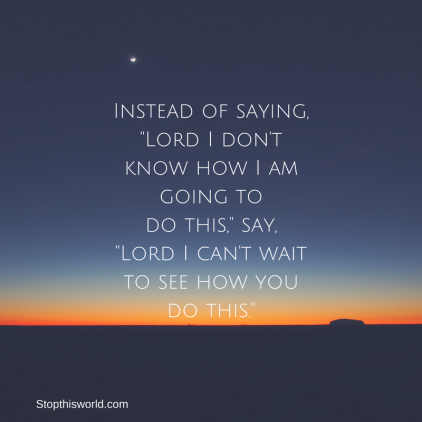 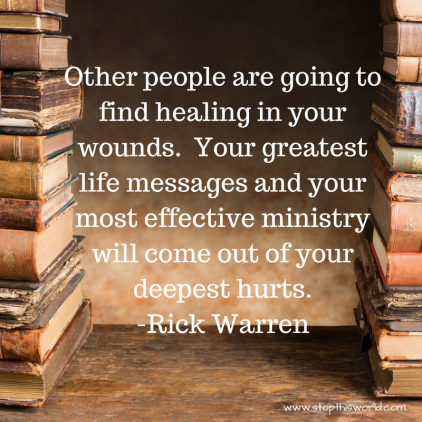 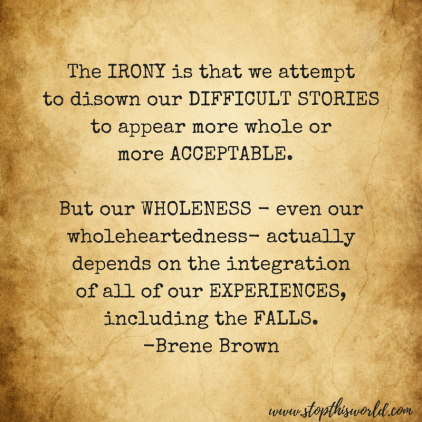 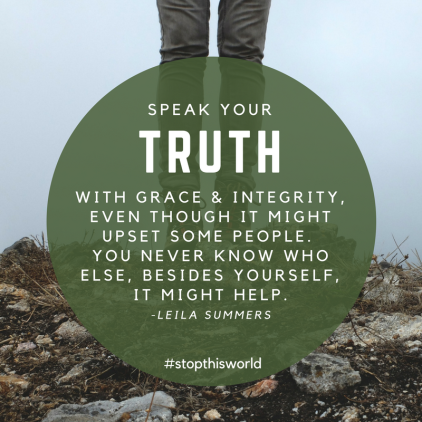 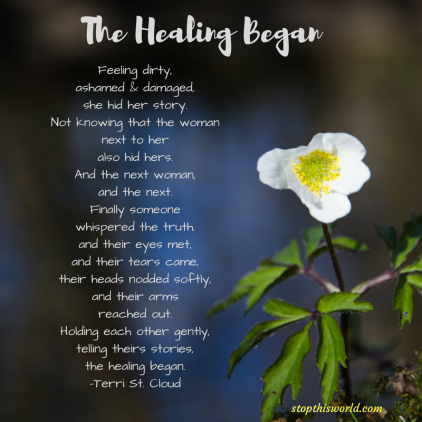 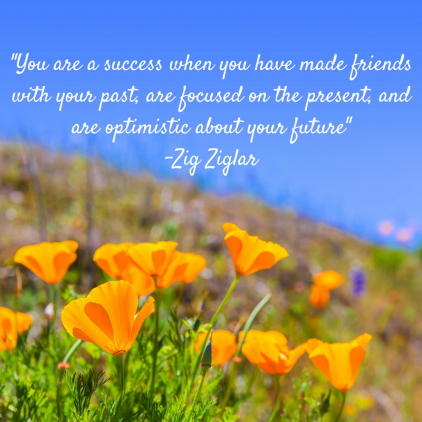 You are a success when you have made friends with your past, are focused on the present, and are optimistic about your future. – Zig Ziglar
Loading Comments...
%d bloggers like this: